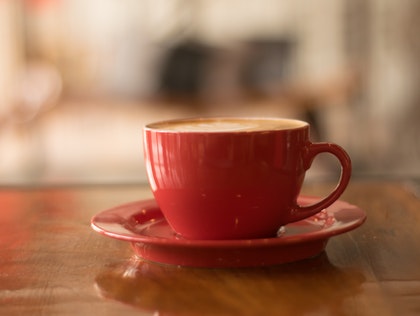 Caffeine is the most common nervous system stimulant consumed through the food and drinks, as this is legal and socially acceptable.

It is important to note that 73-93% of pregnant women consume caffeine all across the world.

Health experts and organisations have advised against excess intake of caffeine during pregnancy as this can cause some potential complication when consumed in high quantities.

This article gives an overview of the safety and adverse effects of caffeine during pregnancy.

The caffeine is a chemical substance derived from the plants (‘plant alkaloid’) and present in tea, coffee, and chocolates.

Sometimes, it is also added to soft drinks (eg., Cola), energy drinks and medicines (such as cold and flu remedies).

Caffeine does not have any nutritional value.

It acts as a stimulant for our brain and the nervous system by blocking a brain signalling molecule (‘neurotransmitter’) called adenosine.

Adenosine is known to relax the cells of the brain and nervous system and cause drowsiness and the sense of tiredness.

How this is metabolised in the body?

Caffeine enters the bloodstream almost immediately after the consumption. It is then metabolised (broken down) by the liver, primarily by the enzyme system called CYP1A2.

How does the caffeine metabolism change during pregnancy?

The rate of metabolism of caffeine slows down as the pregnancy advances.

It is estimated that the caffeine stays in the body twice longer (the ‘half-life’ doubles) in the third trimester compared to the first trimester.

‘Half-life’ is the time needed for our body to eliminate one-half of a chemical/ drug (‘dose’).

How it can affect the fetus?

However, the caffeine cannot be metabolised in the placenta or in the fetus readily as the enzyme system is immature.

Moreover, as the rate of metabolism of caffeine reduces as the pregnancy advances (as discussed above), it increases the availability and exposure to the fetus even further.

As a result, caffeine can accumulate in fetal tissues in large quantities. This excess caffeine can increase the level of a chemical called cyclic adenosine monophosphate (cAMP) in the fetal cells. This can slow down the growth and development of the fetus.

On the other hand, by blocking the adenosine receptors, it may also increase the hormone epinephrine level in the blood of both the mother and the fetus.

This may result in a narrowing of the blood vessels in the placenta and therefore, cause a lack of oxygen supply to the fetal tissues (‘hypoxia’).

What problems can caffeine cause during pregnancy?

Consuming an excess amount of caffeine during pregnancy has been related to miscarriage, preterm labour, low birth weight babies, stillbirth, and childhood obesity.

How much caffeine can be safely consumed in pregnancy?

Leading health organisations in the world (such as WHO, NHS, RCOG, ACOG, and Food Safety Authority of Ireland) advises avoiding taking excess caffeine during pregnancy.

It is estimated that you would reach the recommended limit per day if you consume the following:

3) 1 mug of instant coffee with 250 ml of caffeinated energy drinks.

Please do not worry if you exceed the daily recommended limit of caffeine intake on a day or two. The risks of pregnancy complications related to caffeine intake are very small.

How you can reduce consuming caffeine during pregnancy?

You can try the following simple tips:

1. Changing to decaffeinated coffee or tea.

2. Drink water or fruit juice instead of tea, coffee, or caffeine-containing soft or energy drinks.

3. Check the label before buying any over-the-counter drugs, especially cold and flu remedies, to ensure they do not contain caffeine.