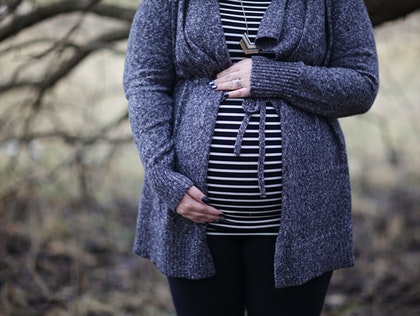 Studies have suggested that a vast majority (50-80%) of pregnant women report memory impairment. Many of such reports were anecdotal or based on self-assessment.

However, recent studies indicate that memory can be significantly impaired during pregnancy and the immediate post-childbirth period.

This does not need any treatment and improves with the passage of time after the childbirth.

What causes memory loss in pregnancy?

The exact cause is not known but following may contribute:

The concept is so popular in the society that minor slips in the memory of daily life are believed to be due to pregnancy.

The stress hormone cortisol level increases during pregnancy as a part of normal physiological changes in the body. Cortisol may affect memory. However, robust scientific data is inconclusive to support this theory.

Stress, anxiety and depression are common during pregnancy. Some researchers believe that they may contribute to memory impairment. However, more robust research is required in this area.

Increased daily demands and activities during pregnancy (such as getting things ready for baby’s arrival and attending appointments and birth preparation classes) may cause preoccupation and distraction and thereby affect memory.

Studies using MRI scans have shown that some specific areas of the brain’s gray matter shrink during pregnancy. The changes persist up to 2 years of childbirth.

These areas of the brain are responsible for understanding the need of others (‘social cognition’).

It is suggested that such neuronal networks get stronger while the body tries to get rid of ‘less important’ connections (such as memory) in these areas of the brain.

This results in overall shrinkage of gray matter in the areas related to social cognition.

Such changes are thought to strengthen maternal instincts, improves bonding and helps the mother respond better to the baby’s needs.

Some researchers suggested the memory deficit could be due to some adaptive changes in the brain which helps to develop maternal instincts for care and bonding. It is thought to be the body’s adaptive response to re-direct the thoughts and energies for caring for the baby.

What kind of memory is affected?

Research has indicated that memories of the facts and events (known as ‘declarative’ or ‘explicit’ memory) are primarily affected during pregnancy. This might explain day-to-day forgetfulness or absentmindedness.

However, the learned memory, known as ‘procedural’ or ‘implicit’ memory (such as driving a car, riding a horse or handling machinery) remain unaffected.

Which time of pregnancy is more vulnerable?

Most researchers believe that it gets worse during the second half of pregnancy.

How to get through the memory deficit problem during pregnancy?

It is important to remember that the memory deficit is going to get better over time. It does not have any long-term impact on memory.

1. Make a list of to-do things in a notebook or using an app on the phone.

3. Delegate or seek help if possible to avoid being overwhelmed.

4. Keep a reminder, such as setting an alarm or notification on the smartphone.

When should I seek medical advice?

It is important to remember that some temporary memory deficit is quite common during pregnancy. Most women function well and can continue living a routine normal life without major difficulty.

If the symptoms are getting worse and impacting on your quality of life, you should seek medical advice. It might be due to severe exhaustion and tiredness but also can indicate perinatal mental health conditions such as anxiety and depression.