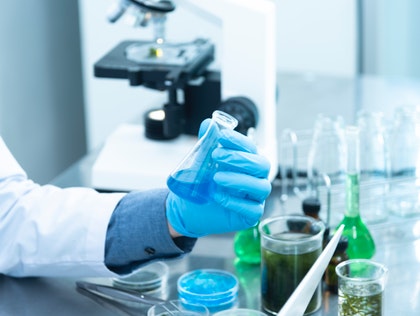 Listeria (L. monocytogenes) is a bacteria which can cause a food-borne infection during pregnancy called listeriosis.

Are pregnant women at high risk of listeriosis?

It is quite rare to have listeriosis in pregnancy affecting 12 out of every 100,000 pregnant women.

However, pregnant women are 13 times more prone to develop a listeria infection.

For example, the incidence during pregnancy is much higher than listeriosis in general population (0.7 out of 100,000 people).

Why pregnant women are at high risk?

The body’s immune system (especially the resistance to fight infection within the cells known as ‘cellular immunity’) lowers during pregnancy due to the effect of the hormone progesterone.

As a result, pregnant women become more vulnerable to listeriosis.

Which time during pregnancy is more susceptible?

Listeriosis is most common in the third trimester (about 66% listeria infection happen during this time of pregnancy).

Infection is rare in the second trimester and risk is extremely low in the first trimester.

In fact, only a few cases of first-trimester listeriosis have been reported in the scientific literature.

Why listeriosis is a cause of concern during pregnancy?

The placenta plays an important role in preventing infections from the mother entering the fetal blood circulation.

However, listeria can easily overcome the resistance of the placenta (known as the ‘placental barrier’) and infect the fetus.

In fact, listeria is known to have a particular predilection to the fetal and placental tissues.

As a result, listeria infection can lead to:

Both early-onset (through the infection to the baby during pregnancy) and late-onset (infection after the delivery) have been reported.

Which food or food products can cause listeriosis?

Listeria is known to grow in cold temperatures, such as refrigerated food or chilled ready meals.

It can contaminate and grow in the following food:

4. Premixed raw vegetables, such as coleslaw

6. Raw seafood, such as sushi and sashimi

7. Ready to eat seafood, such as mussels or smoked fish

What are the symptoms of listeriosis infection during pregnancy?

Many times, it does not show any symptoms and cause harm by silent infection.

Severe infection is rare in the mother and not known to have caused maternal deaths.

How the listeria is diagnosed?

As the listeria infection may be asymptomatic and does not have any specific symptoms, it may go unnoticed or people may assume a common infection such as influenza.

As a result, it may be challenging and difficult to diagnose. Therefore, it needs a high degree of suspicion.

The diagnosis can be confirmed with a special blood test called ‘blood culture’.

It is recommended that any woman who has fever more than 38.1°C (100.6°F) following consumption of high-risk food should have blood culture for listeria and presumptive treatment is started simultaneously.

Pregnant women do not need a blood test for listeriosis if they have consumed high-risk food but do not have any symptom.

What is the incubation period for listeria infection?

Incubation period refers to the time period between exposure to infection and manifestation of the symptoms.

The incubation period for listeriosis during pregnancy is not clearly known, but some studies have suggested up to 6 weeks.

For clinical purposes, usually, 8 weeks (2 months) of the incubation period is considered.

For example, pregnant women without symptoms should be advised to report and have the blood culture if they develop fever/ other symptoms within 2 months of taking high-risk food.

How listeriosis is treated?

Treatment is required for pregnant women with listeriosis who develops a fever.

The treatment is with antibiotics, such as Ampicillin (unless allergic) and sometimes along with Gentamicin. Patients allergic to penicillin are given trimethoprim with sulfamethoxazole.

How to prevent listeriosis during pregnancy?

1. Pregnant women should be advised to avoid foods high risk of listeria contamination. This also includes food and food products after their ‘use-by-date’ (even if they appear normal).

3. To wash hands thoroughly before eating and also before and after cooking.

4. Raw fruits and vegetables (even if it is peeled or cut) should be washed thoroughly in running tap water before eating.

5. Take precautions in keeping raw meat and vegetables and ready-to-eat food/ meals in the fridge. Keep them separate from the cooked food to avoid any contamination.

6. Thoroughly wash the chopping board and other cooking utensils after handling raw fruits, vegetables, and meat.

2. Nutrition and listeriosis during pregnancy: a systematic review.