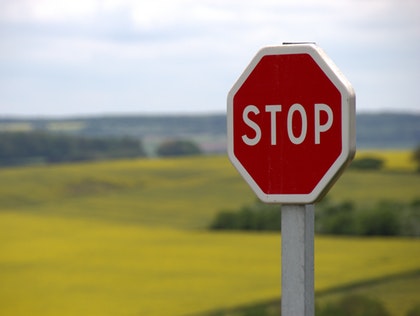 During pregnancy, it is safe to avoid some foods to prevent food-borne infections (mainly listeria, salmonella and toxoplasma) or toxicity from the contents or contaminants. They can make pregnant women very ill or harm the baby.

1. Carefully check the cooking instruction on the pack of any ready-to-eat meals. Heat thoroughly and serve steaming hot, especially when it has poultry (turkey and chicken) and other meats.

2. Avoid eating raw meat or vegetables and have well-cooked meals.

4. Eating from the young children’s plate or with their cutlery should be avoided as they may carry Cytomegalovirus (CMV) which can affect the fetus.

Any raw meat (such as pork, poultry, sausages, minced meat and burgers) should be thoroughly cooked (to ensure no traces of blood or pink are left) and served steaming hot.

All kitchen surfaces, chopping boards, and other utensils should be thoroughly cleaned and washed after handling raw meat.

Vitamin A content is very high in liver and liver products (such as liver sausages and pâté. Therefore, these should be avoided as a high amount of vitamin A can cause miscarriage and birth defects.

All types of pâté should be avoided during pregnancy due to the risk of listeria infection.

Raw and uncooked cold cured meat (such as salami, prosciutto, chorizo, Parma ham, and pepperoni) should be avoided as these could be contaminated with listeria and toxoplasma.

The eating game should be avoided if that has been shot with lead pellets to prevent lead toxicity during pregnancy.

Pre-packed meat is safe for pregnant women unless there are specific health warnings in some countries.

Thoroughly cooked shellfish and pre-cooked cold prawns are safe to eat during pregnancy.

Mercury contents are high in shark, marlin and swordfish should not be eaten by pregnant women to avoid adverse effects of the high level of this metal on the nervous system of the fetus.

Intake of tuna should be restricted to four medium cans of tinned fish or two fresh steaks in one week. As tuna contains more mercury than other fish, higher consumption should be avoided.

Oily fish (such as pilchards, salmon, mackerel, sardines, herring and trout) should be restricted to two portions per week.

These oily fish may contain some food pollutants, such as polychlorinated biphenyls (PCBs) and dioxins.

Is it safe to eat sushi during pregnancy?

NHS advises that it is safe to eat sushi containing raw fish if the wild fish used in the dishes are frozen before use.

Farmed fish (such as farmed salmon) prepared for the sushi meals do not need freezing and can be eaten raw.

However, if there is any doubt about the manufacturing process, it is advisable to avoid eating sushi meals with raw fish.

Fully cooked or vegetarian sushi dishes are safe to be consumed during pregnancy.

Raw or partially cooked eggs (or any food made with them) can be contaminated with salmonella. Therefore, they should be avoided during pregnancy, unless they are produced under the British Lion Code of Practice standards and sold with their logo.

Eggs (hen and non-hen eggs) should be properly cooked to ensure the whites and yolks are solid. This can prevent salmonella infection which can result in severe food poisoning.

Only pasteurised or ultra-heat treated long-life milk should be consumed during pregnancy to prevent salmonella infection.

The following food products are safe during pregnancy:

1. Yoghurt (bio, live or low fat) when made with pasteurised milk.

2. Egg-free ice cream when made with pasteurised milk.

1. Mould-ripened soft cheese (eg, camembert and brie) and goat’s cheese (such as chevre)

2. Blue-veined cheese (such as gorgonzola, Danish blue and Roquefort)

These soft cheeses have higher water content which helps listeria to grow.

The following cheeses are safe to eat while pregnant:

1. Hard cheese (such as stilton, cheddar and parmesan).

3. Mould-ripened cheese only when it is thoroughly cooked until its steaming hot.

Is eating peanuts safe in pregnancy?

Unless you are allergic (or specifically advised against it by healthcare professionals), it is safe to eat peanuts or peanut butter spread. It does not increase the risk of peanut allergy of the child.

Are drinking tea and coffee safe during pregnancy?

Daily intake of caffeine should be restricted to 200 mg per day during pregnancy. Please read the detailed article here.

It is advisable to restrict herbal tea up to 4 cups per day as the safety data about such tea is limited.