Please come and join us for a memorable experience:

After three sold-out shows in a row, Eastern Euphony brings their fourth production Dil Se, a Bollywood musical extravaganza support the work of International Forum for Well-being In Pregnancy (IFWIP).

For any query, please email: ifwip2019@gmail.com

The funds raised would be used to create a unique, world-class Pregnancy Wellbeing Workshop to be provided free of charge to the pregnant women and their partners. This would be piloted first before rolling out as a regular programme all across the UK.

This workshop is going to be first of its kind in the world based on our value statement: ‘NURTURE your DREAM’. 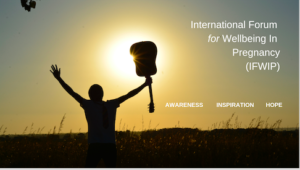 Eastern Euphony is paying tribute to the Grammy and Academy Award-Winning Music legend A R RAHMAN and dedicating the entire show to the compositions by this maestro.

A musical show exclusively on A R Rahman’s music by a UK based Indian music group is the first event of its kind in the UK.

Dil Se would be a memorable evening and will showcase nine highly talented singers from the UK along with the top Bollywood music band, the 515 Crew. 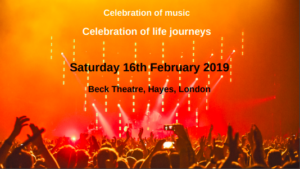 The Beck Theatre is a 600-seat theatre in Hayes, in the London Borough of Hillingdon (Grange Rd, Hayes UB3 2UE). This venue is well-known for staging renowned shows for years.

Beck Theatre has ample free parking. It is also at a short bus ride from the Hayes and Harlington train station or Uxbridge underground station (Metropolitan and Piccadilly line). 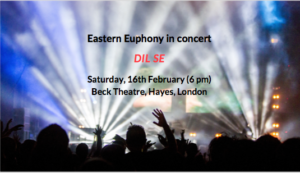 Eastern Euphony is a musical platform based in London.

Since inception in October 2015, Eastern Euphony has conducted more than 40 shows in the UK at many prestigious venues including the Indian High Commission in London and been highly applauded by their clients for high-quality production and professionalism.

Being avid music lovers and singers, the founders, Ani and Joy had a long-standing dream of creating a platform where music is given the first and only priority. The dream finally became a reality when Eastern Euphony was launched in October 2015 by the eminent singer Mr Rupankar Bagchi in London.

Eastern Euphony is not only a platform for the professionals but also for aspiring musicians. On a regular basis, fresh talents are invited to perform on stage alongside the regular singers and musicians. The whole idea is to promote Indian music within the Indian diaspora as well as helping the aspiring and able singers showcase their talents.