We are delighted to publish the brief review of the two recently published articles on fathers’ mental health.

The reviews have been done by Dr Pankaj Lamba, a very well-respected psychiatrist from the USA.

He has had an outstanding career in academics and published many articles in the peer-reviewed journals. He completed his postgraduate dissertation in reproductive biology and then went on to do a postdoctoral fellowship with Daniel Bernard, PhD at the Population Council, New York and later with the same mentor at McGill University.

Dr. Lamba then transitioned back to clinical sciences pursuing his interest in psychology and currently is a practicing adult psychiatrist. He is also a member of the Board of Advisers (BOA) of IFWIP. 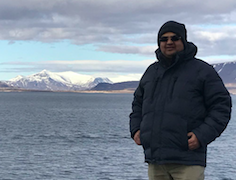 Please find his review of the papers below:

“How well do fathers do during the pregnancy?”

This question has been the focus of some recently published articles (2016-2018). Two of these articles are briefly discussed here:

The study included 214 men who were assessed multiple times, starting at adolescent (around the age of 15 years) through young adulthood (29 years of age), and in the third trimester of subsequent pregnancies to age 35.

Strengths of this study included the prospective two-generational design, and repeated assessment of common mental disorder across adolescence and young adulthood.

However, the sample size was small, and results may not be generalizable to trimesters one and two, or to younger and older fathers.  Also, study participants were less likely to use cannabis weekly in adolescence or be born outside Australia, than those who did not participate. 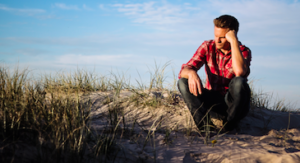 The other published article (2016) was a meta-analysis (is a statistical analysis that combines the results of multiple scientific studies) for paternal depression (depression between the first trimester and one-year postpartum).

In this study, the paternal depression was estimated around 8.4% although significant heterogeneity was observed among prevalence rates.

They reported it varied based on publication year, study location, measurement method, and maternal depression. They also report that prevalence was not conditional on paternal age, education, parity, history of paternal depression, and timing of assessment.

Finally, Dr Lamba noted that, both the studies recognised the need for more research in this area given the impact of paternal depression on maternal mental health and development of children. 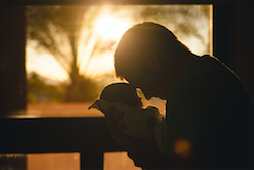 Please let us know in the comment box about your views on how to support the dads during the perinatal period.

© 2017 International Forum for Wellbeing in Pregnancy All Rights Reserved  |
We use cookies to ensure that we give you the best experience on our website. If you continue to use this site we will assume that you are happy with it.Ok